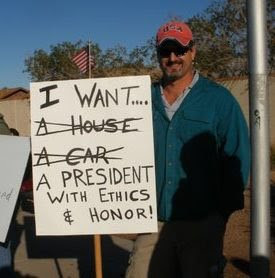 Oh, sorry, I was just practicing my liberal chanting. I want to be in top form, in case our President comes to a town near me! I am going to have to work at this for quite a while, seeing as how I actually have self-respect. Well, I don't have a union rep keeping me on break, so back to work.

The American Recovery and Reinvestment Act of 2009

This is the shoddiest piece of work I have ever seen. One would think this was a camel (you know, a horse built by committee). To think our esteemed, educated, and elected officials have presented us (the American people) with a document which resembles a kindergarten class project, is extremely dismaying, let alone disgustingly arrogant. Do you people think we are a bunch of uneducated, unthinking, uncaring oafs? Do you think just because the Constitution of the United States isn't taught in our schools any more, we don't know what it says or what it means? Do you think speaking down to us will placate the people into submission? How dare you think a fancy, expensive and extensive college education means anything more than you can regurgitate on command. No one in our capital is showing the slightest amount of common sense. All we see out here in the real world is just how extensive the corruption really is in our political system and our government. Transparency...sure, sure, that just means "drink the Kool-aid".
Posted by mrs dewiggins at 6:08 PM No comments:

Where have all the Conservatives gone? 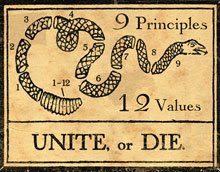 I listened to the Republican Party's new Chairman, Michael Steele, give an interview yesterday. The one thing that struck me as most outstanding was how quickly he kicked the last vestiges of his conservative voter base to the curb. He was the most moderate, or as we are using these days, centrist candidate for the job. His words were, and I quote, "We need to go to the streets to get people to our party." HELLO, conservatives (the original voter base of the RNC) are not in the streets. They are at work, at home raising their children, paying their bills, holding the fabric of this country together...etc. This guy wants to compete with the Democrats for the same people. Peggy the Moocher, watch out, you are about to be wooed. Are you ready to live and defend the Constitution? Oh, wait, the RNC doesn't stand for that any more. Are you ready to reject big government? Oh, wait, the RNC doesn't stand for that any more, either. Wow, I'm not really sure what "song and dance" or "dog and pony" you are going to see, but I am sure it is going to be a whopper.

The one thing I was hoping to hear never came up in the interview. Why have Susan Collins, Olympia Snowe, and Arlen Specter not been tossed into the street. They should be removed from the RNC and every dime they have EVER received for campaigning from the RNC should be reimbursed. The moment they decided to vote for a bill that our great-great-great grandchildren will still be paying for, they should have been, at least figuratively, tarred and feathered.
Posted by mrs dewiggins at 2:15 AM No comments:

Once again, just like the other bail-outs, Washington Insiders (Elected Officials, interchangeable terms) are bargaining behind closed doors for the weekend. They are letting the media feed us smoke and mirrors, by reporting "bickering and unrest" and alternative stimulus bills. Alternative bills? Can they possibly mean alternative pork and earmarks? Can they mean alternative ways of ignoring the American people? We tell them we want responsible leadership, and all they can come up with is people who can't remember to pay their taxes or that they have a housekeeper or a driver? I don't know about anyone else, but if I wasn't having to clean the bathroom or fight traffic, I would remember it, distinctly.
Posted by mrs dewiggins at 8:36 PM No comments:

Tell me again why a college degree is so expensive. Does it have anything to do with a rowing team wanting a new 5.5 million dollar boathouse in the middle of Cowtown, Ohio? What exactly does the rowing team bring to the community? This is the first I have heard of them, and I have lived here for a while. I have not seen any sportswear associated with the rowing teams, though plenty of Buckeyewear is available in any store, in a hundred mile radius, at least. Do they have such an exclusive following, no one can actually point out one of their fans? I am so confused, aren't you?
Posted by mrs dewiggins at 6:15 PM No comments: